Brother Gumbo has been a musician of sorts for over 50 years. A multi-instrumentalist, playing Drums, Bass, Double Bass, Electric and Acoustic Guitar and of course Banjo. He is a prolific songwriter and has had many of his songs performed and recorded by other artists. He has played many different instruments in various bands over the years, while working as a session musician and teacher in London UK throughout the 80's. He has played some diverse genres of music including Jazz, Blues, Rock and Roll, Metal, World, Pop and Country. Relocating to the Beautiful Cornish Countryside to raise a family in the 90's, he continued teaching and playing. In the Early 2000's he found himself running a music shop, playing in a number of local bands and developing his interest in the Banjo and Gospel Music.

By 2010, he had reaffirmed his Christian faith and was exclusively singing and playing Country Gospel and Americana on Banjo  .........He has never looked back. 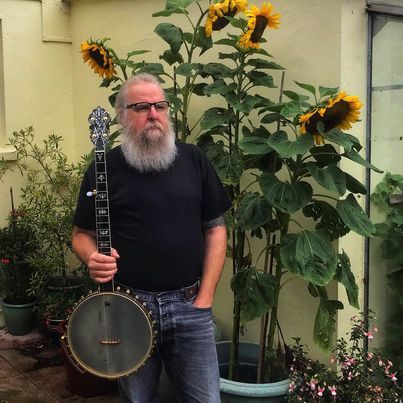 Heres my Tip Jar, please donate if you like my music ,all proceeds will go towards making a new Album.

Enter the amount you wish to donate

An Album of Original Songs written,sung,played,recorded and produced by Brother Gumbo.

Songs From The Potters Field